In this lesson you will learn how to calculate variance in Excel.

What is the variance?

Variance is the basic measure of the variability of the results observed.

Variance tells you how far the spread in the set of mesurements. In other words, whether the results are more centered around the mean or whether there are large differences between the mean and individual scores. It means that the higher variance the more different values.

Based on given number I calculated the mean first.

Then calculated the variance in the single equation with the result of 6.5.

There are 3 basic functions which you can use to calculate variance in Excel:

Examples of VAR function in Excel

Example 1 the simplest syntax of variance

As arguments of function you can use just numbers.

Example 2 cells as arguments in formula

Arguments could be also cells where you have some numbers.

Example 3 range of cells as arguments in formula

You can also use range of cells.

Example 4 mix of above examples in one formula

It is not a problem to use every kind of above arguments in one formula.

Go to Ribbon to the Data tab. Click the Data Analysis button.

And this is how to see my Statistics summary. Sample variance is calculated in row 8. 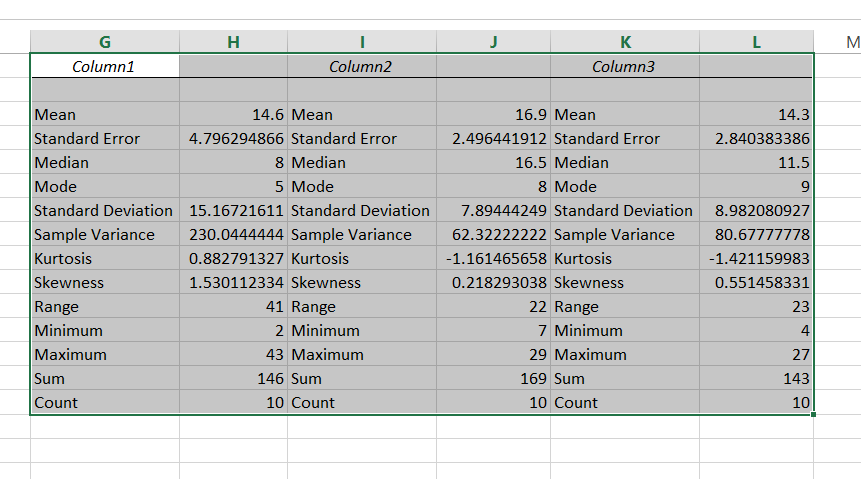