In this Excel charting tutorial, you can learn how to graph a sine wave.

The sine wave is usually the first function that students learn as they study trigonometry.

Thanks to the sine wave, you can show physical phenomena such as sound waves and it has applications in acoustics. A sine wave is considered to be the purest sound at a given frequency acoustically.

The sine wave in music plays a very important role. It is the starting point for Fourier analysis because it consists of presenting periodic functions as the sum of sine waves of different frequencies and phases.

To create such sine wave chart first what you need is to prepare data.

Start from writing angles from 0 to 360 degrees. 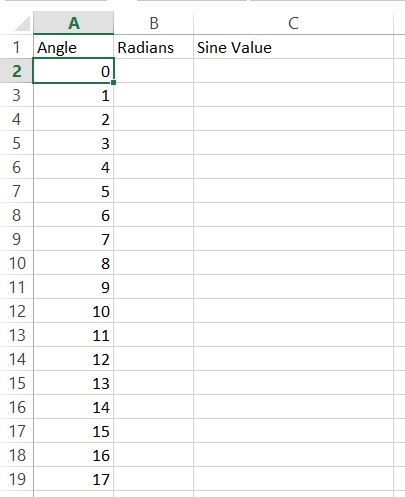 Next you need to convert degrees to radians. To do that just use =RADIANS(A2) and drag down. 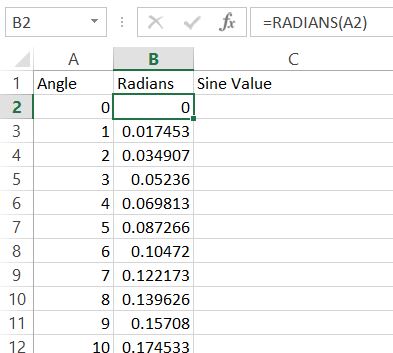 Next thing you need to do is convert radians to sine value.

Here's the formula for you. Use Excel SIN fuction.

Sin formula will be =SIN(B2). Drag it down again.

How to plot since wave graph?

Base on sine values you will be able to insert sine wave plot. 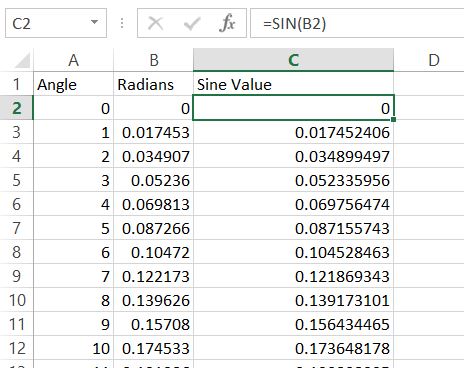 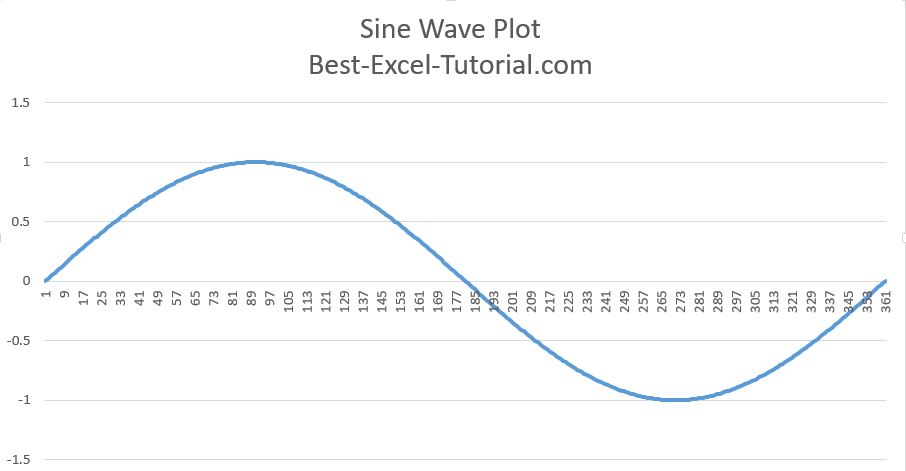 This is how your sine wave plot looks like. The wave looks nice.

Here's where you can download this Sine Value Plot.